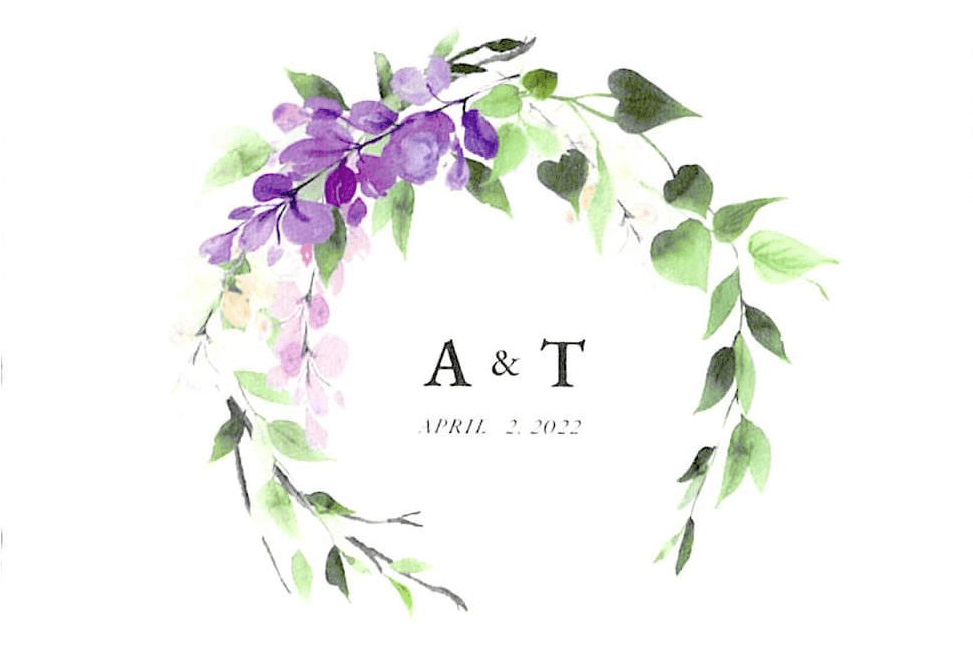 Every morning this week it has been overcast.  A sheet of gray hanging over the whole town.  Not clouds – just a sheet with no particular shape or edges – just up there in the sky between the tree tops and the promise of a blue sky.  The sheet makes for very gloomy mornings where getting out of bed is a major chore.  It’s easier to stay cuddled under the soft blankets with my puppy curled up against my legs and my husband curled up against my neck.  It takes tremendous will-power to pull away from such a cuddle session.  If it were only a weekend, and another hour or two like that wouldn’t matter to anyone.

But it’s Friday and I need to be at work very soon.  Very Very Soon.  Like now.

I never thought today would come.  March seemed to have lasted forever.  It was so action packed that I have to catch my breath just thinking of it.  At some point, I’ll have to catch you up as this blog missed most of the RV action, which prompted the blog to begin with.

Last night’s rehearsal dinner was full of people asking us what our favorite part of RV life has been so far.  It’s such a tough question – that we just started reciting everything we did in California – just in March.  That alone would get people talking as they moved on to other topics or their own favorite California adventures.

Only Steve’s Aunt Lee seemed to be the genuinely interested in our California adventures.  As she admitted that for as long as she’s lived here, since the groom was about 3 years old, she really has never explored the state.  The way she was listening to us tell our tales, you could sense she was making some sort of mental list.  Either to list some of the places we described…. or she was bored and remembering all the things a mother of the groom still ahs to do before the wedding.

It has been years since we’ve been involved with a family wedding – especially one where their roots run a whole lot deeper than the ones in my immediate family.  The “kids” table next to us was full of college kids. Lee’s daughter, Angela, was surrounded by boys on either side.  She looked like the belle of the ball and very gitty.  She was in full control of her element.  If and when she ever enters the workforce, you can tell she will rule her world quite well.  She’s a tall thin Asian beauty wearing a slim dress that zipped up the back.  Smart pumps and wavy hair down her back.  She sat forward all night, ankles crossed under her and posture that would impress even Queen Elizabeth.  She was a sight to watch all night long – as she seemingly toyed with those poor boys at her table.

Unfortunately, the bride and groom were both indistinct and seemingly shy.  Although they stood near each other in the buffet line, they stayed pretty separate most of the night.  She talking to her friends; he to his.  They don’t seem to be a romantic couple, but you can tell there is a very fond friendship between them.  Both sets of parents showed more emotion then the bridal couple did.  Then again, both the bride and groom worked through a wedding rehearsal after a full day of work.  Or it could be nerves and excitement.  AT any rate, everybody was in high spirits from beginning to end.  A great ice-breaker for Saturday’s big event.